What is My Fl’air Online all About?

My Fl’air Online is Air Candy’s very own digital training diary made with love from her to you. Recorded at Fl’air Studios in Berlin & reaching out to aerial enthusiasts around the globe!

With a wide range of tutorials with aerial silk, flexibility training & live events this is the training platform Keeva wished she had while learning aerial. These tutorials are years of her hard work & research presented to you in a fun & motivational way to help you reach your goals.

It all started with some notes & diagrams trying to memorize the movements. Later it was a collection of training videos and then it grew to be a syllabus for the teachers & students at Fl’air Studios in Berlin. Now we have grown into an online community & the library is available for you to train at your own pace & on your own schedule all around the world.

Browse from the library of videos & explore brand new content added every week. Train real time with LIVE flexibility classes once a month or catch up later on your own schedule.

How to use these videos?

No contracts! Sign up and cancel anytime, although we don’t think you’ll want to!

These tutorial videos should be used in conjunction with live in person training. We ask students of My Fl’air Online to pay attention to their limits and remember that safety is the most important thing. Please read our disclaimer & be sure to understand the terms and conditions before signing up. You don’t have to be strong or flexible when you sign up but after a while training with us, you sure will be!

Each video has a level graded by numbers & if you find yourself struggling with a level, step down a level until you are feeling strong & confident to do so. 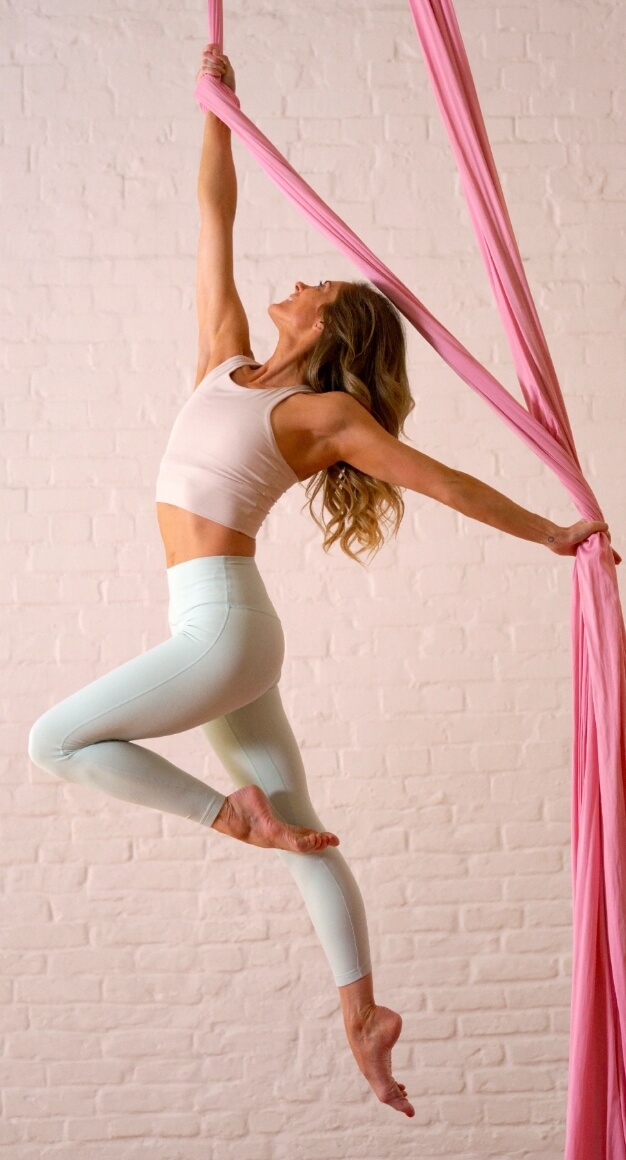 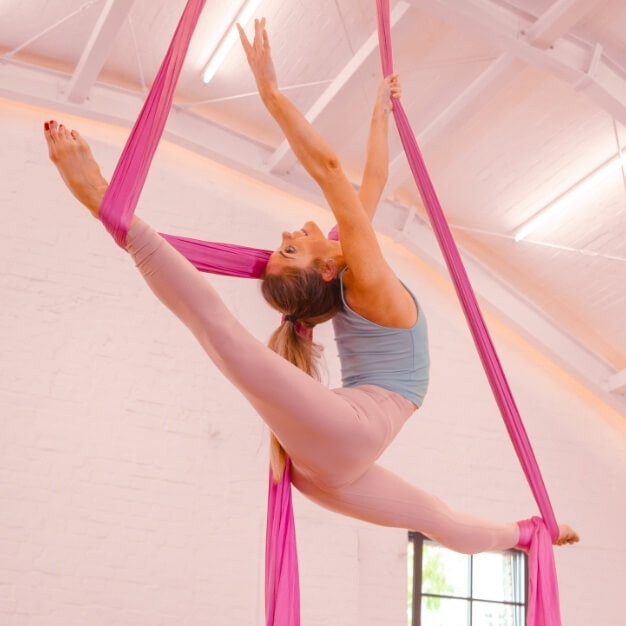 Known by her Artist name ‘Air Candy’ Keeva is an internationally renowned performance Artist. Originally from Dublin, Ireland, Keeva has been a ‘Berliner’ since 2010 and is based in Berlin, Germany. Having spent her childhood studying classical ballet, she then graduated from the prestigious Northern Ballet School. After graduating, her ballet career brought her to the USA where her aerial training began.

With her determination and perseverance, Keeva is primarily a self taught aerialist. As she progressed she sought out private coaching where she could, and eventually she developed her own unique signature style based on her ballet background.

Keeva has performed all over the world for theatre companies such as Friedrichstadt Palast, The National Opera of Kiev, Benidorm Palace, Krystallpalast, and for companies such as Mercedes Benz, Samsung, Google, Warner Bros, MS. Deutschland, Norwegian Cruise Line, Porsche. She has performed at award ceremonies such as the Bambi Awards, die Goldenne Henne Awards, the DFB Pokalfinal, and alongside artists such as Helene Fischer, Peter Maffay, DJ Bobo & David Garett. Additionally she was a guest solo artist with RTL’s Let’s Dance, a semi finalist on Ireland’s Got Talent, and was also featured in commercial campaigns for Siemens, Edeka and Sparkasse.

When she is not performing or choreographing at special events, Keeva is busy with her role as managing partner of Fl’air Studios & creating content for My Fl’air Online.

With her unique experience of growing up as a dancer but learning acrobatics as an adult, she has a thorough and complete understanding of how the body moves both on the floor & in the air, which allows her to make adaptations for every kind of student that comes into her class. She is passionate about quality of movement, technique, and thorough conditioning.

As a coach, Keeva focuses on bringing the artistry out of her students & encourages them to not just learn the techniques necessary for aerial arts & extreme flexibility but to do so in their own individual, authentic & artistic way.

Show me the course catalog

Discover Fl’AIR STUDIOS
and our TEACHER-TRAINING